The Lounge What is on Your Mind? The Order of the Wizard's Hat - Lifetime Achievement Award 2019 - Congrats to Wisecracker
# 1

Join Date: Sep 2000
Last Activity: 21 January 2022, 8:07 AM EST
Location: Asia Pacific, Cyberspace, in the Dark Dystopia
Posts: 19,115
Thanks Given: 2,351
Thanked 3,359 Times in 1,878 Posts
The Order of the Wizard's Hat - Lifetime Achievement Award 2019 - Congrats to Wisecracker
Congrats to wisecracker for the first lifetime achievement award badge from UNIX.COM in computer wizardry:

"The Order of the Wizard's Hat - Lifetime Achievement Award"

The first "Order of the Wizard's Hat" is presented to wisecracker in 2019 for RF Electronics Engineering and Computer Wizardry. Thank You from All of Us.

The Start Of A Simple Audio Scope Shell Script...

FFT for the AMIGA through ksh88 shell. 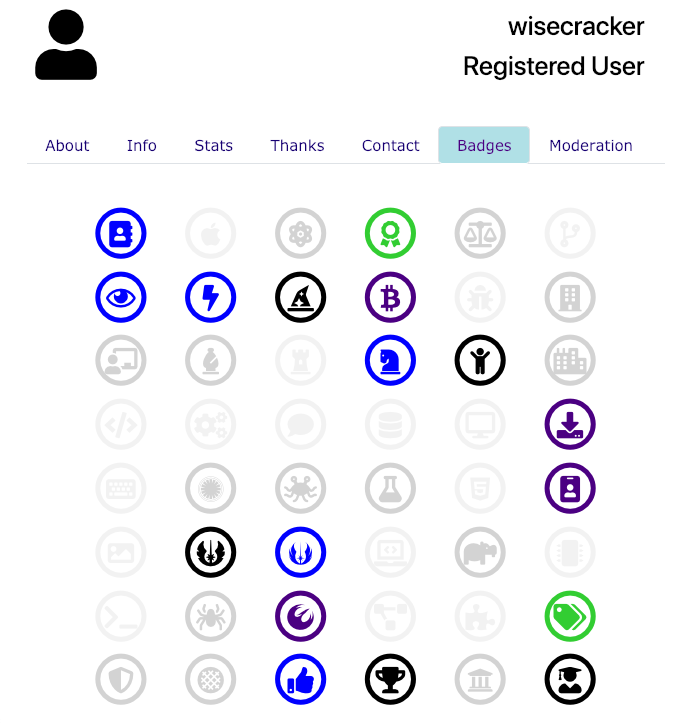 The Start Of A Simple Audio Scope Shell Script...
This User Gave Thanks to Neo For This Post:
wisecracker
# 2

Thanks to Neo for creating this award.


Thanks,
R. Singh
These 2 Users Gave Thanks to RavinderSingh13 For This Post:
Neo wisecracker
# 3

I have just read and replied to the other post regarding vgersh99 and the 1 million views and then I see this.
Many thanks for the award and I remember me bragging about AudioScope and saying I was going to learn shell scripting, Lord knows what you guys must have been thinking at the time, perhaps "here we go another big mouth spouting drivel". ;oD
I've just looked at post number 1 of AudioScope and think how primitive it was compared to now.
Until that time I had not had any experience with the *NIX shell and had no idea how powerful it was.

I now know how powerful it is, and with the plethora of tools/utilities/commands at its disposal it is a seriously powerful means of getting something done.

I do love getting a language to do something it was not designed to do and I think I have posted this before, *NIX shell scripting is now my language of choice.
I am now getting well into POSIX and trying to abandon bash or ksh and my next project I hope to be fully dash compatible.

So again thank you for this award but let us not forget those regulars on here that helped me with some of my programming antics, especially Corona688 whom
I regard as my mentor.

So after seeing my name there I was gobsmacked, what a New Year present eh!

I am still in awe of you professionals and absorb all I see that you all post.

Bazza...
These 3 Users Gave Thanks to wisecracker For This Post:
Don Cragun Neo vgersh99
# 4

This User Gave Thanks to MadeInGermany For This Post:
wisecracker
# 5

Ha ha, thanks a lot; not just the shell(s) but the terminal emulators too.

There is a very large subset of the escape sequencies still valid for current terminal emulators and I exploit them to the full.

The WWW is a minefield of information and was extremely helpful to me and actually pointed me here on many an occasion prior to me becoming a member.
That was what made me join late 2012 and in January 2013 was my first exploit is now history - AudioScope.sh.

So my (mis-)use of the terminal MUST also be added also... ;oDD
This User Gave Thanks to wisecracker For This Post:
Don Cragun
# 6

So my (mis-)use of the terminal MUST also be added also... ;oDD
I should add this fact to our "Order of the Wizard's Hat" award announcement!

This User Gave Thanks to Neo For This Post:
wisecracker
# 7

What a very pleasant surprise to come on here to...

Thanks Neo and anyone else involved.

Looks like I am a Wizard of a Forum Advisor now... ;oD
These 3 Users Gave Thanks to wisecracker For This Post:
Don Cragun Neo RavinderSingh13
Login or Register to Ask a Question

Moderator of the Year 2019 Award Announcement Only

Dear All, We are happy to post that I will be announcing soon my award for "Moderator of the Year 2019". This is a new award which I plan to announce in December of each year, starting this year (2019). The prizes will be (still working out the details): A Moderator of the Year... (3 Replies)

Poster of the Year 2019 Award Announcement and Call for Nominations

Dear All, I am pleased to post that I am announcing a new award, "Poster of the Year 2019" and calling for your nominations (privately to me). This is a new award and I plan to announce the winner for this year (2019) in January 2020. The prizes will be (still working out the details): ... (0 Replies)