Join Date: Sep 2000
Last Activity: 28 February 2020, 1:09 AM EST
Location: Asia Pacific, Cyberspace, in the Dark Dystopia
Posts: 18,762
Thanks Given: 2,300
Thanked 3,177 Times in 1,772 Posts
LoRaWAN, Dragino LG308 Gateway, and MicroPython - Quick Thoughts
Yesterday I had a chance to enjoy testing LoRaWAN with the owner of the M2M Shop who was kind enough to drive three hours down the seacoast to set up and test the Dragino LoRaWAN LG308 gateway operating on AS923MHz in Thailand. 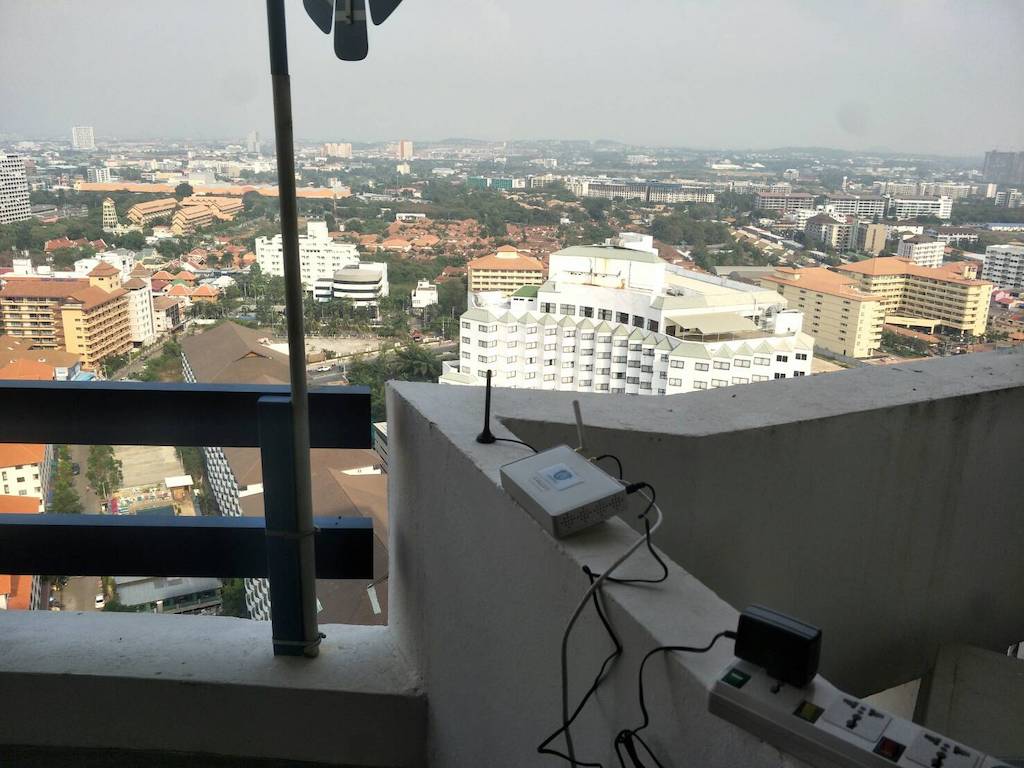 Ahead of K. Somsak's visit, he had asked me to install Thonny, which is a Python IDE he uses to program his ESP32 LoRaWAN nodes. 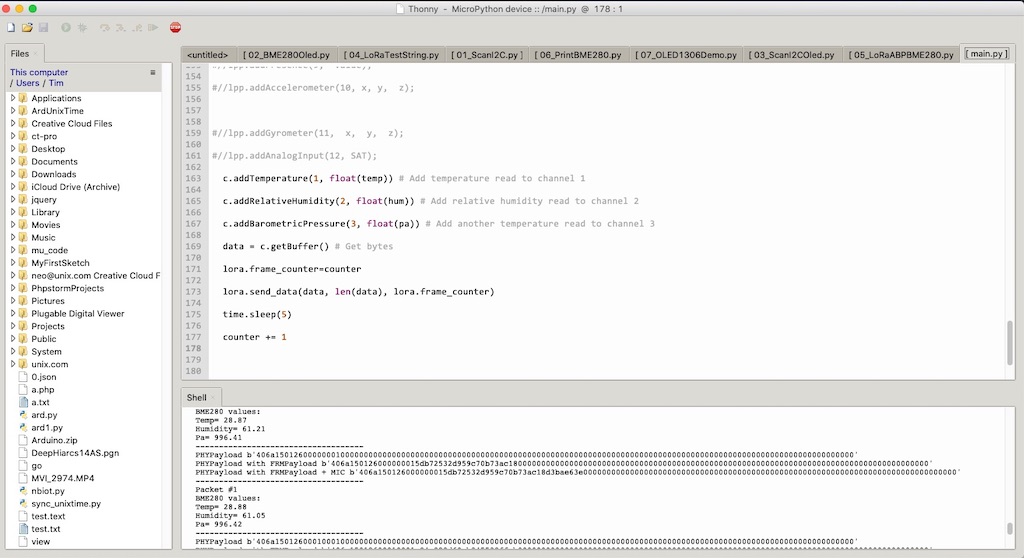 On the net, you can read a number of "MicroPython versus the Arduino IDE" discussions. There are no shortage of them; and some can get quite heated in the style of "religious wars"; but I'm not interested in religion, religious wars, or getting "any". I found working with MicroPython enjoyable, just like I enjoy working with the Arduino IDE. The biggest difference for me is that I felt like beginners who do not have a long history of programming in many different programming languages, would find MicroPython much easier. At the end of the day, it's all "including libs" and "conditional logic" etc, so I do not have any real preference, MicroPython over Arduino C++ and the Arduino IDE; I like both. I will definitely work with MicroPython again in the near future, as well as the Arduino IDE.

K. Somsak, my guest from M2M Shop, is an ardent maker, and he likes to build "bare bones" LoRa nodes so they will consume as little power as possible. He had an entire box of LoRa nodes he has built (and brought many of them with him yesterday), but we mostly used this one (below) for "ping" testing with basic sensor data (temperature, humidity, relative barometric pressure, which is perhaps the most popular IoT node on the net, "the weather station" application. 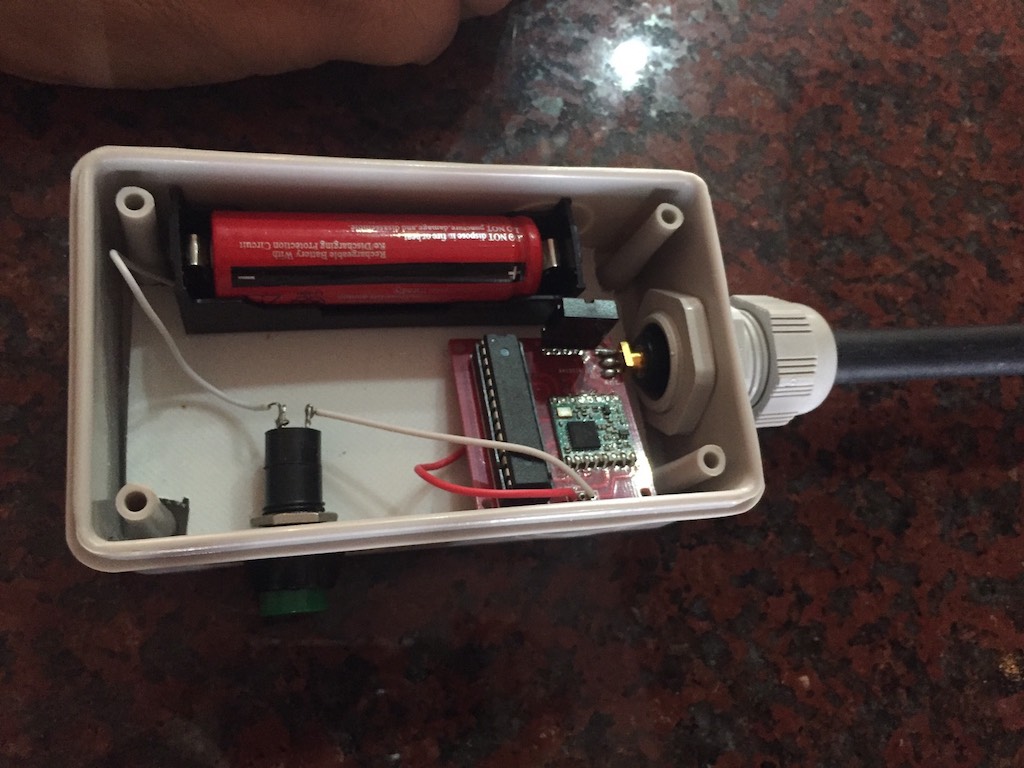 We also set up one of his custom built single channel LoRaWAN gateways: 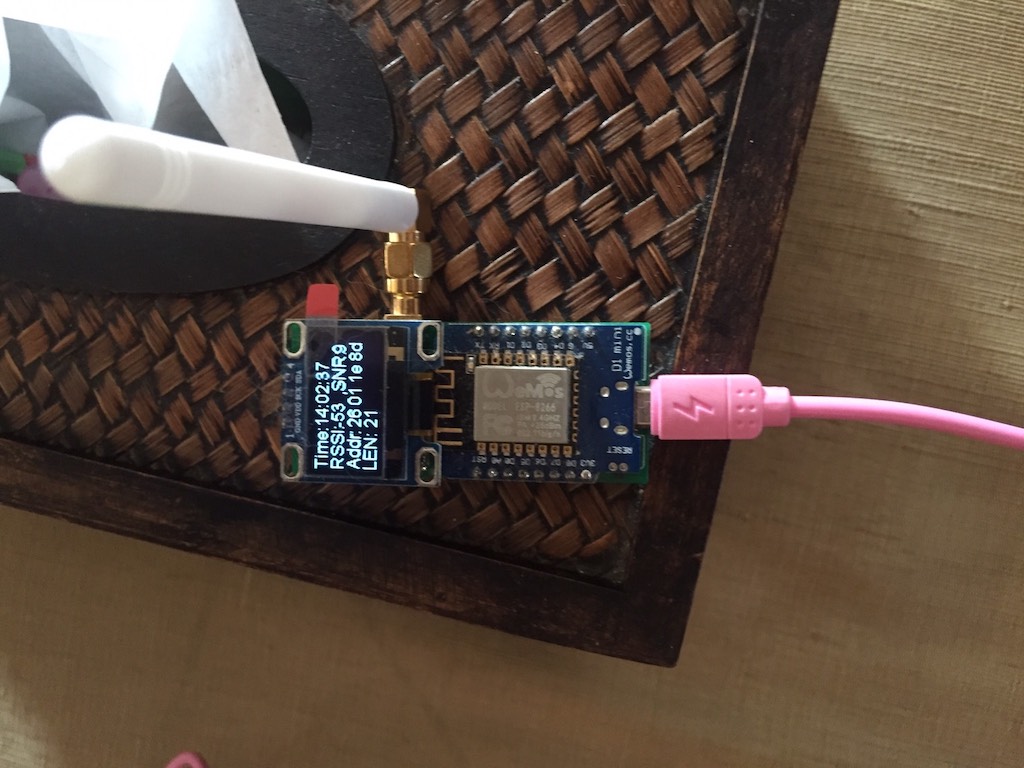 Unlike "the guy with the Swiss accent" on YouTube who goes for world distance records of over 200 km between a LoRa node and a gateway, LoRa "Wardriving" and TTN Mapping, we just wanted to see how well a LoRaWAN gateway performed under various urban conditions at the top of a condo (around 28 floors up from sea level) with a LoRaNode ; so we tested the following:

We tested with Spread Factor (SF) 7 and SF12, from both the ocean side and city facing balconies. 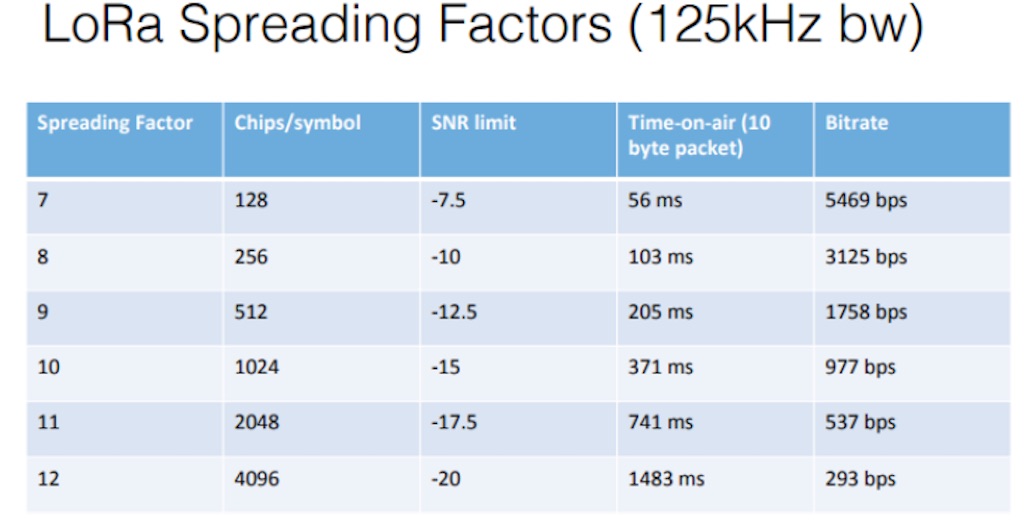 We used The Things Network (TTN) for testing (sorry, need to reconfigure the site to permit more than five attachments in a post, which I will do later.).

The results were interesting, which I will quickly summarize here:

The issue, of course, is that governments regulate the radio spectrum and they will always try to profit from the licensing of the frequency spectrum, if and/ or when it becomes profitable. Since unlicensed LoRa is only legal at low power, it seems unlikely that highly reliable commercial services will be sustainable, especially if commercial service provides can, via licensed services, provide a similar "long range" network services with higher power, legally.

So far, I have briefly tested an NB-Iot device as well as the LoRaWAN devices from yesterday in what we could call "the urban sprawl". My initial impression is these technologies are primarily "hobby technologies" similar to the "packet radio" I used to experiment with in my youthful days back in Tennessee. Of course, now we have Arduino and the Arduino IDE; and we have MicroPython; and we have much more interesting microprocessing chips and boards. However, at the end-of-the-day the "game is still the same"; and as always, commercial interests will always dominate, if there is money to be made. This is simply how it works in our "money-is-a-kind-of-god" world.

I'm still interested in getting a board like the Elecrow GSM/GPRS/EDGE SIM5360E 3G Shield for Arduino working and tested for rural vehicle tracking (my motorcycle). There are commercial devices for this in the market already, but I prefer a development board (for the Arduino). Unfortunately this week I received a defective Elecrow board which would not recognize a local 3/4G SIM card.

So, in the meantime, I think my next hobby project is to build an Arduino robot kit "tank", and take a short break from LoRa, NB-IoT, and 3/4G messaging / tracking for the moment.

Finally, and most importantly, a big THANK YOU, to K. Somsak of the M2MShop (GitHub) in Thailand for driving so far down the seacoast and for spending the day (a very enjoyable one) testing LoRa!

I plan to get back into LoRa in a few weeks, after building an Arduino "robot tank" from a kit, just for fun.
This User Gave Thanks to Neo For This Post:
nezabudka

Some Thoughts on Vue.js at UNIX.com

Recently, have been learning Vue and, as always, learning-by-doing, which means writing code for real-world applications. In this process, I have learned something that is not really mentioned in the majority of online Vue tutorials. Basically, when you create a Vue instance in your browser,... (0 Replies)

Thoughts on Dystopian Future as we know it!

Greetings Fellow NIX'ers, For a while now I've been pondering the (to Me) Dystopian possibilities of "Cloud Computing", Web Apps (Pay Per Each Use) of course, and... the Most Troubling of All: The possible time when we will not be allowed to own a "Real" computer, only some silly little... (7 Replies)

Dear Sir I am a newbie in the world of IP telephony. I have been working with Asterisk PBX (SIP) and Cisco Call Manager (MGCP) but now I am learning on how to work GNUGK for H.323 Gatekeeper. I am having a problem, configuring static call routing on GNUGK in the section ... (0 Replies)

I'm pretty new to UNIX and i'm planning to set up a server for my company.... i'm wondering if anyone could suggest a partitioning scheme for a standalone Solaris server with two 40GB disks and 1GB of memory... It would also be supporting 100 users... thanks ! (1 Reply)