Both of these Chinese Ardunio clones sell for about $3 USD, delivered to your door.

The bottom line is that the Wavgat requires extra "poorly written" board management Arduino IDE code, which is buggy and hard to install; and delivers less power on the analog pins.

The generic UNO R3 board management software "out of the box" works flawlessly in the Ardunio IDE and requires zero extra frustrating set up time. Also, this board delivered more power to the analog pins. 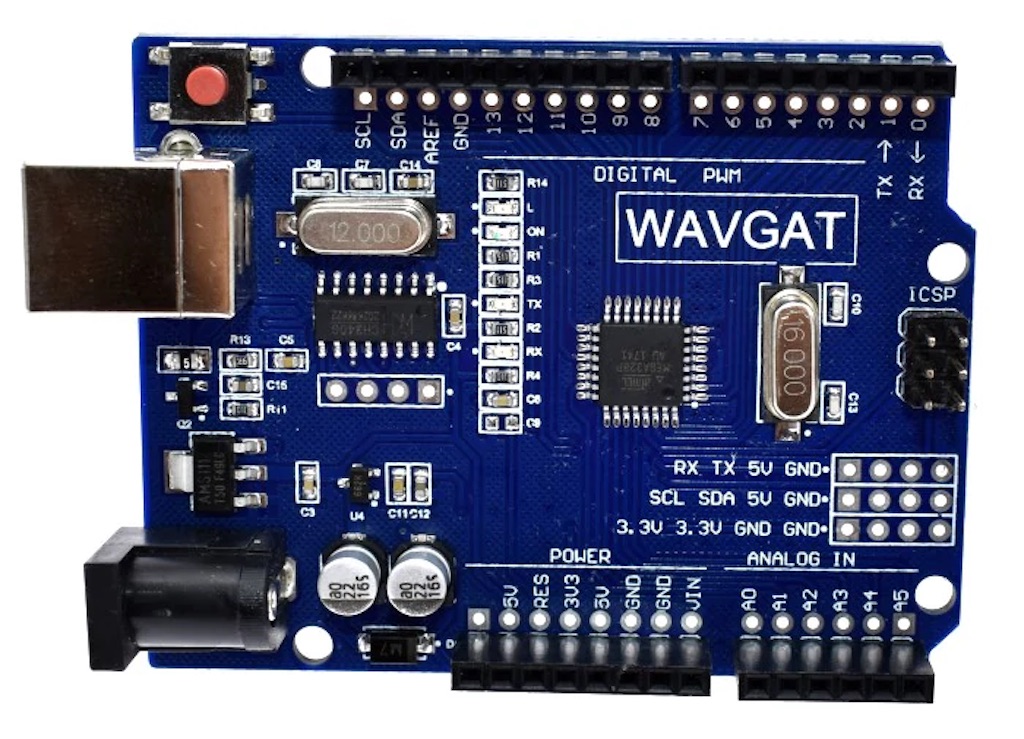 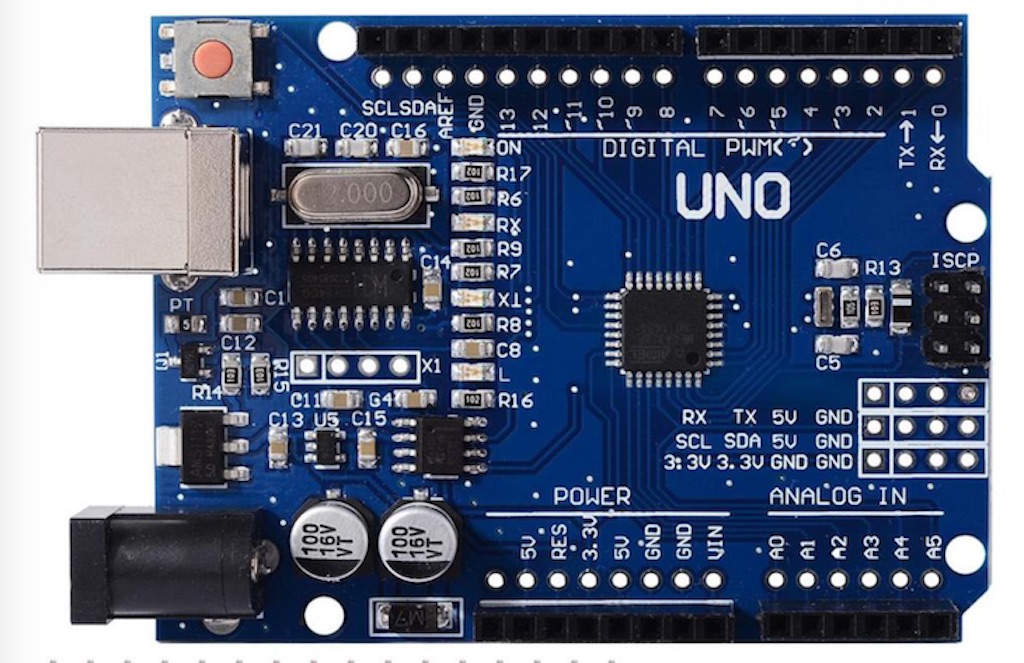 On both devices, I ran the same "sync with my mac and get the unix time stamp" code I drafted a few days ago:

My new Rigol 1054Z scope has not arrived yet, so this comparison was not really a proper bench test and I don't claim to be a very detailed "bench tester" anyway. I don't have a proper lab set up yet. However, I do have a very cheap Chinese tabletop microscope which I keep from falling over with two rubber bands 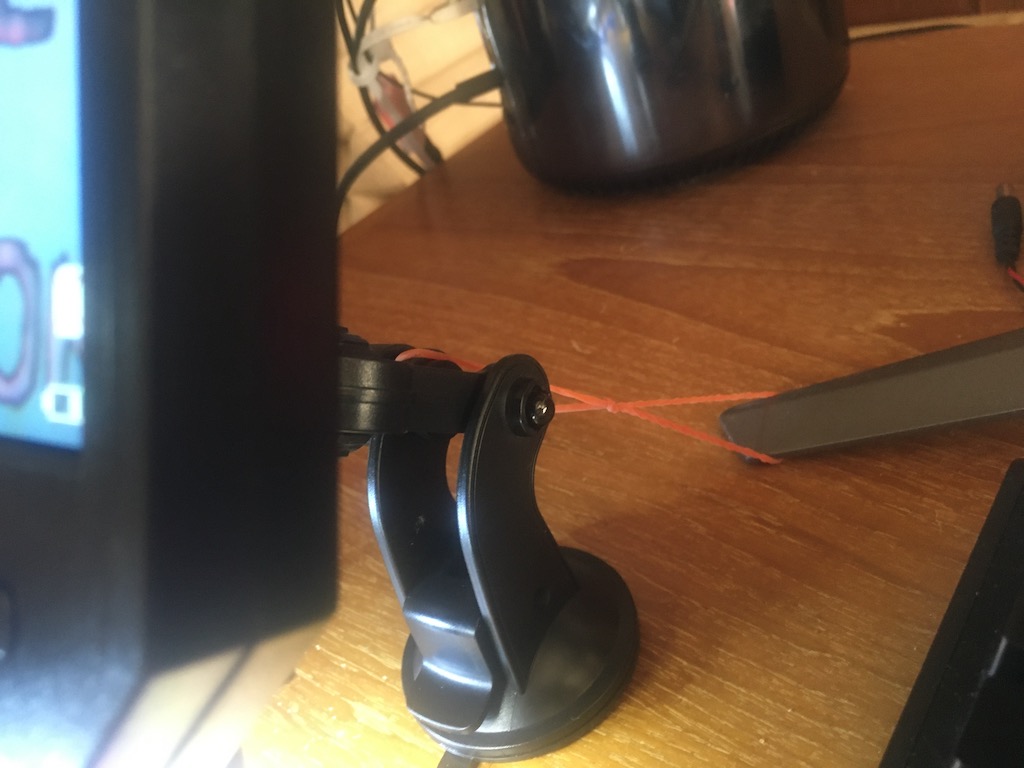 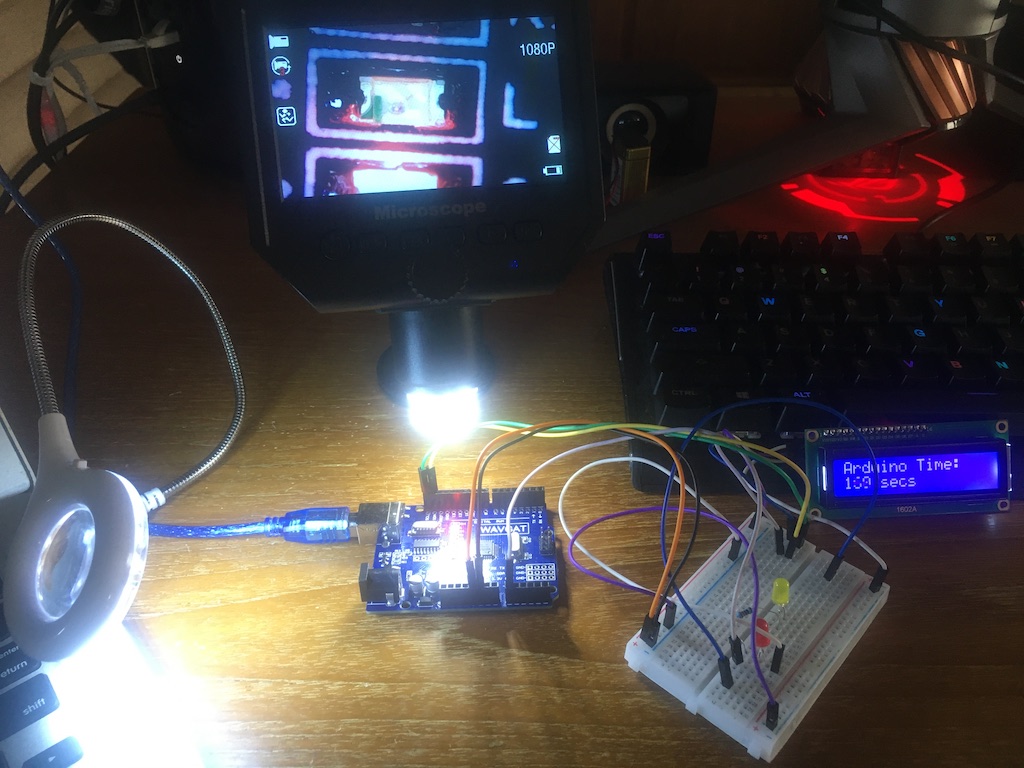 
The BIG showstopper for the Wavgat was the hours it took me to actually edit the board management code to remove all the errors. For example, in many files, the include paths had "\" (backslashes) like on a Windows machine versus the "/" forward slashes (did I get the names of those slashes right?) used on unix-like machines. Not very good porting!! What were they thinking?! This was a real PITA - to go in and edit all the Wavgat board management code to get it to work on macOS. I assume Linux and other unix-like machines will have the same issue.

So, my advice is to avoid the Wavgat Arduino UNO clone like the plague and go with the generic UNO clone, like the one depicted above (marked UNO). The Wavget is not a true Arduino clone because some oddball USB serial drivers (I assume the chip is different but have not yet looked into it) and requires a lot of "time wasting" debugging to get it to work. For what, I ask? Both board are $3 USD delivered to your doorstep from AliExpress. 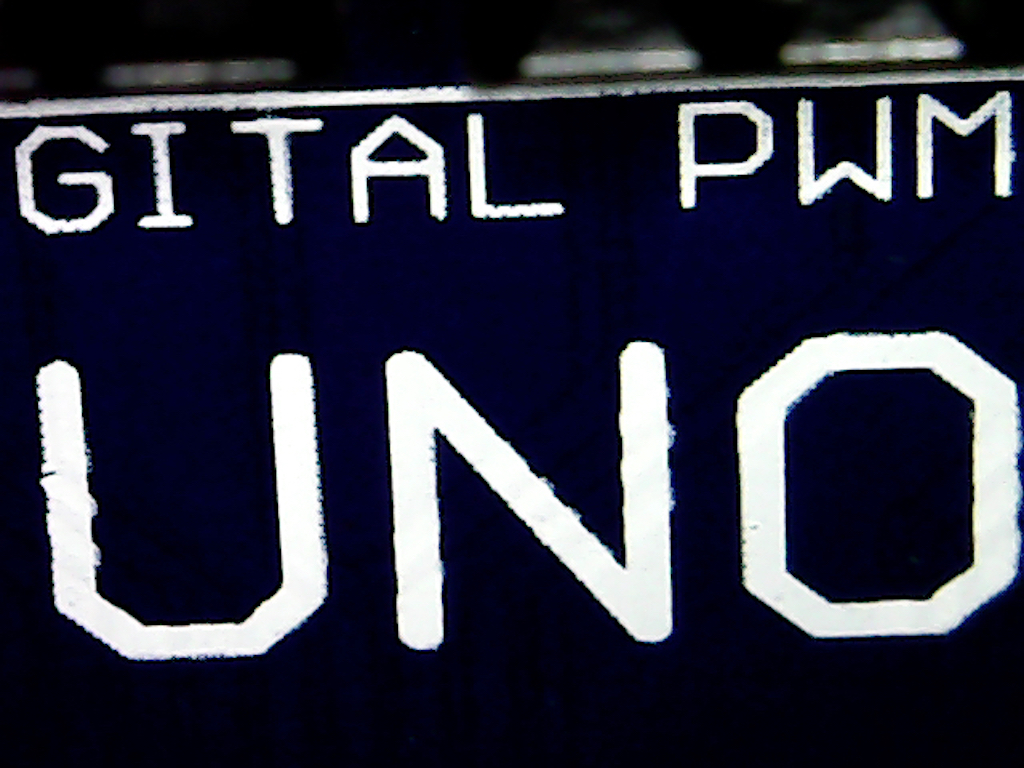 Go with the Arduino UNO clone (board logo magnified above) which requires no C programming debugging and works out of the box.

Maybe someday I'll do a more "in-depth" four channel o-scope review, but I need it to arrive from China safely and unharmed first!

Let's see what arrives in the mail from China and in what order..... whatever will be will be.

Edit: Updated code where there was a conflict regarding the onboard LED (digital pin 13), which I fixed (caused by alternating the same sketch between two different boards).
This User Gave Thanks to Neo For This Post:
nezabudka

Here is a sketch to do basic testing for the Arduino UNO and the MLT-BT04. This BLE module works with IOS (iPhone) and I'll add some details on my IOS testing with an iPhone in a follow-up post. For now, here is the basic BLE (HM-10) sketch for the Arduino UNO: /* Arduino test-code... (7 Replies)

How to write program that find winner who choose the smallest number. UNIX process?

In the game of “Unique”, multiple players privately choose an integer. They then reveal their choice. The winner is the player who chose the smallest unique number. The game is considered a draw if no unique integer was chosen. You would write a program that simulate such a game according to the... (1 Reply)

Hi, I'm fairly new to the git command and I'm trying to figure out how to check if your local clone is up to date with the master. I know you can do the same thing on packages with apt-get by using update and then upgrade. Is there something similar with git? (0 Replies)

The Storage Admin presents a clone of a LUN, on the source side the device is under VxVM control, assuming that on the target side we have scanned the new cloned LUN at the OS level (solairs), from there on how do we initialize and mount the new volume. Please give some guidence on this or a... (1 Reply)

Hi, I have a methode creating several clones with the following flags: CLONE_VM | CLONE_THREAD | CLONE_SIGHAND How to tell the parent process to wait for the clones' completion? pid = clone( ...) waitpid(pid, NULL , 0) always returns me -1 waitpid(-1, NULL, 0) does the same. (1 Reply)

Hi Gurus! I recently got my shell account (HP UX v11) created by our sysadmin and am having problem deleting with the backspace key. After doing some reading, I believe I need to enter a custom "STTY..." statement in my profile. Can someone please help me with the correct "STTY" sequence... (3 Replies)